NextIronic Job Posting
On The Job

Uniforms for the Professional

Uniforms for the professional are both flexible and strict at the same time. Professionals must always pay attention to the how, when, and why’s of their uniforms. 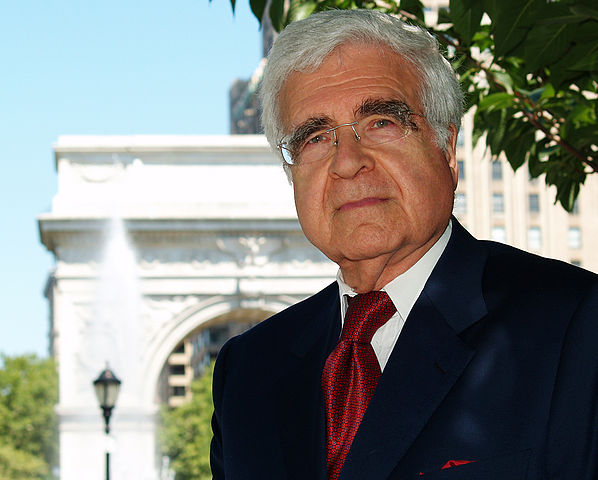 I was listening to a podcast the other day about the creation of the class action lawsuit. The podcast interviewed Arthur Miller, one of the lawyers responsible for the language that created the modern class action.  The class action, like so many things today has grown far beyond it’s original intent into something that looks very different that what was originally envisioned by Miller and his colleagues.  The story is a very good story with some fun elements and great lessons about our legal system and how it impacts the culture and economy.  I would recommend that everyone with an interest in such topics give it a listen, it’s only twenty minutes long and well worth your time.

“I have never taught a class other than in a suit – the three-piece suit. They don’t really even make three-piece suits any longer. I wear them with a red tie and a red pocket square. That’s a uniform.”

Generally when we think of uniforms, we think of the more ornate attire.  The Soldier, the police officer, the fireman, the scout.  I have seen, as have i’m sure most of the people reading this, the concept of the uniform being seen as symbol of attractiveness.  Think firefighters charity calendars.   I remember the girls swooning in highschool and college when the ROTC guys came by in their camo.  They would say “I love me a man in uniform” to each other in a well used bonding ritual.  Uniforms have the ability to change behavior.  I have personally been involved in a domestic disturbance with a highly aggressive drug dealer, who immediately changed his attitude, started smiling, and shaking my hand the second, the diminutive police officer showed up in his patrol car.

There are other uniforms, that are not as formally structured.  That don’t have specific patches, or badges or medals.  These are the uniforms the rest of us wear.  Their is the suit worn by lawyers and politicians and executives.  There is the logo button down shirt worn by sales reps and company customer service personal.  I have owned dozens and dozens of theses in my career.   Then there is the heavy duty work uniform, usually with the name patch aggressively sold by providers of this type of uniform. These are more utilitarian and worn by service personnel that serve the dual purpose of identification and as a protective tool itself.  Uniforms start early in life as well.  The kids wear them at schools, either formally or informally through fashion norms.  It’s even earlier than that if you consider the pink or blue cap on a newborn a uniform of sorts. https://www.naesp.org/sites/default/files/UniformsInforgraphic_compressed.pdf

Ok, so we have uniforms.  How does this impact the Professional Individual Contributor.   There are challenges to the PIC’s uniforms.

Challenge: the uniform is not supported or subsidized.  Executives have significant income and many exclusive benefits which sometimes include a clothing allowance.  This is not so for the professional.   They generally have to pay for the uniform out of their own pockets.  Since PIC’s tend to make more than the average blue collar or hourly worker, they are expected to ‘dress professionally’.   The one bone that is occasionally thrown to Professionals is the company shirt.  The logo shirt can be used for company events, or it can be used when you go in to just work.

Challenge: The Uniform isn’t defined.  “Professional Dress” Can change from location to location, industry to industry, company to company.  Professional dress at a tech startup is very different than professional dress at a financial services company, which is very different than a community college.  This wouldn’t be that big of a deal except that we live in an era of little incentive to stick around for more than a few years.

Challenge: The Uniform may change based upon who actually makes it into a true leadership position.  This means one leader may think a sport coat with an open collar is appropriate, where the next leader may think you must wear silk ties and folded scarves.

Although I have experienced all of these challenges At one time or another, I have one story that includes all of them in one Fell Swoop. I had just moved from my private sector career into a public sector job. I was ostensibly the business outreach rep and dressed and what I thought was the typical business sales rep uniform of a button down shirt open at the collar, dress slacks, and nice shoes.  I was attending a chamber event and was pulled aside by my VP who told me that if I was going to represent my organization, then I had to wear a sport coat and tie.  This wouldn’t have been that bad, a little embarrassing maybe, but not that bad, if I wasn’t deep in the middle of a big weight loss life change.  So I had to 1) figure out what the proper dress norms were by watching the senior leadership (which was a bit more difficult for me as my leadership chain was all female), 2) buy a whole new wardrobe based upon the redefined norms, and then buy it again as my weight kept going down.   3) do all of this on a public sector salary that didn’t include a wardrobe subsidy.

Rule 1) Don’t over-invest in uniforms.  In my very first job, I spent about $900 on three suits because I was told I may need them.  They were pretty good suits, and I wore them about 2 times each.   They stood in my closet for years getting moved from location to location as I took them with me on my life’s journey.  Even though they were ‘classic’ suites I could probably wear today, my weight was going up at the time and i’m sure I outgrew them quickly.  Like that old useless computer that sits in the corner collecting dust that we never can throw away because it cost us thousands, They became something I wouldn’t get rid of because of my sunk cost even though their value was pretty much zero.    Today, I invested $30 in three suits from goodwill which has since become my favorite clothing retail establishment.

Rule 2) It’s a marathon.   There is a rule about time and money.   If you have money, i.e. you are earning a good deal of income, then you generally don’t have the time it takes to find the best deals, so you buy whatever is convenient.  That means trips to the local mall or men’s wearhouse if you need a suit.  Bam, your right back up to hundreds of dollars in a couple of suits.  This is one of the root causes of lifestyle inflation, but that’s a post for another day.

The way I dealt with my new wardrobe needs was more about changing my lifestyle to include a continual search.  I never go on a trip without checking out at least one goodwill or thrift store for dress shirts in my size.  I pick up nice silk ties wherever I can at about $1.50/each, etc..  I don’t care if I have two or more blue blazers.  Rips happen… and you have to be ready.

Rule 4) Leverage your investment.   Be very aware of your uniform.  Don’t just wear your dress shirt to work.  Use the dress for success rules.  I very quickly learned that the suits I started to wear had a powerful impact in my organization and in my community.   People perceived that I was more important than I actually was.  I would get many more “Yes Sir’s” and people holding doors open for me when I would gas up my car.  It didn’t make sense as I was filling up a 15 year old beat up minivan with over a quarter million miles.  I don’t know if the old adage of fake it till you make it really helps boost promotions and leadership opportunities, but there is a real effect of power dressing.

Rule 5) Try not to stray, even when the norms allow for it.  Casual friday shouldn’t be all that casual if you have a meeting schedule with a VIP or even if the VIP is just going to be in the building.   If they dress up on Friday’s you should too, in a manner very similar to how they dress if the situation calls for it.   The reason for this is that there are so few layers of management, the VIP’s only have minutes to create an impression and that impression lasts, sometimes for years.  If you are having an off day.. That’s the thing that will appear in their mind’s eye when they think about you.  It’s exhausting to be always ‘on’ but it’s definitely a goal that needs to be reached for, at least as far as dress is related.  This is especially true in the age of short tenures and continual ‘right sizing’.

The bottom line is that Uniforms are very powerful.  They are probably one of the most powerful communication tools we have because they can communicate so much in such a short period of time.  Professionals Individual Contributors don’t really have the stock formality of traditional uniforms, so uniforms for us are another variable to juggle.    If you don’t pay attention then as a member in the professional workforce, our uniforms can quickly become a trap that sucks our resources and creates a perception that may not be all that beneficial.  If you do pay attention the professional uniform can become a powerful tool in our toolbelt.

We just need to make sure it’s the same kind of toolbelt that the VIP’s like to wear.